ISE 2020 is just around the corner

With ISE 2020 just around the corner, don’t forget to make sure you visit the digiLED stand at 12-C120 to see our amazing digiTHIN HD LED screen in action. Click on the link to access a free pass to the show

A whole new LED screen experience for the Cleveland Cavaliers 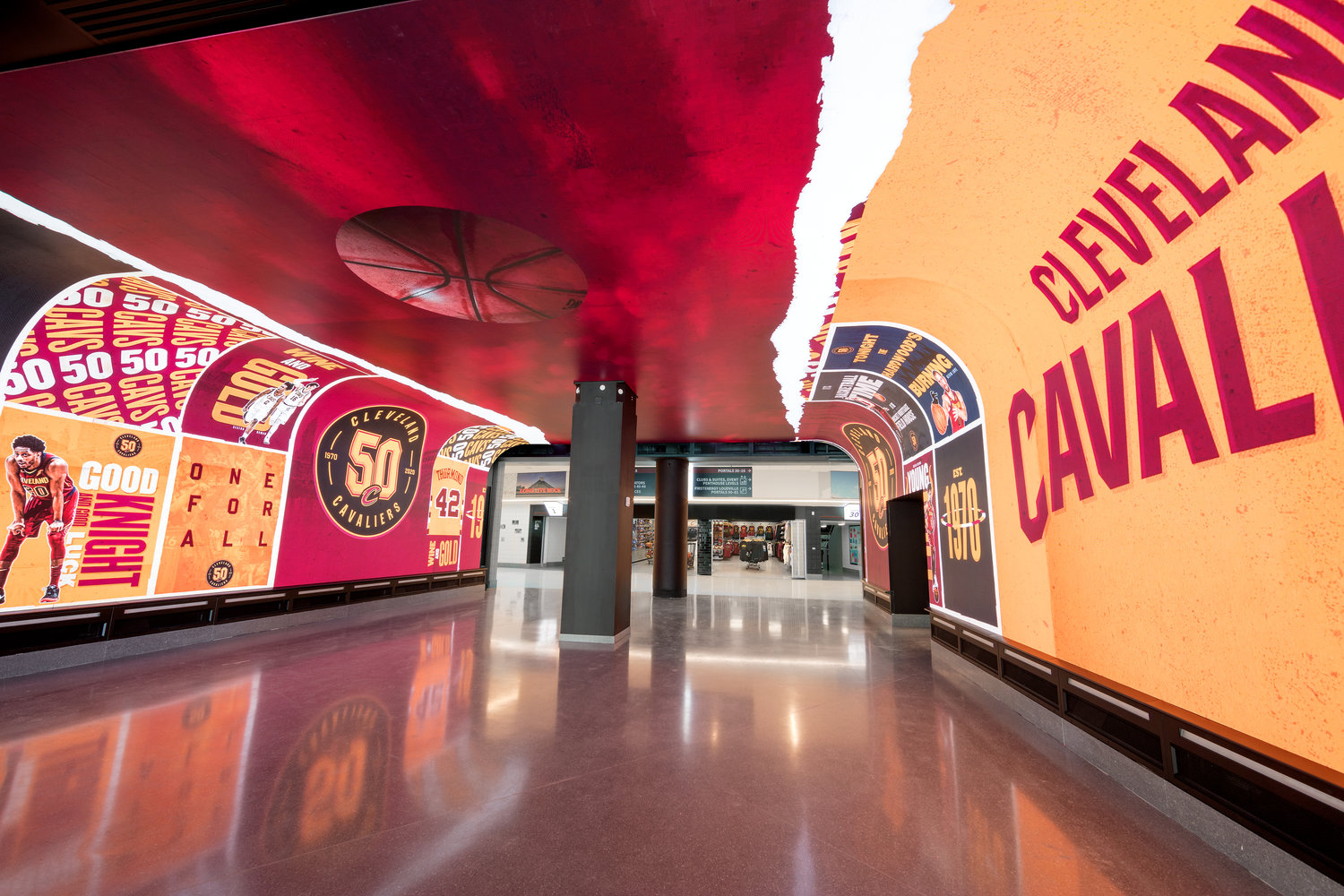 The Cleveland Cavaliers Sports Stadium recently reinvigorated its venue with a cool $185 million investment in Ohio, USA. Central to the transformation is a first of its kind ‘Power Portal’ – an LED tunnel covered with 204 sqm of digiLED digiTHIN HD and digiFLEX panels, amounting to a jaw dropping 25 million pixels.

This amazing creation was delivered by ANC, digiLEDs integration partner. To find out more about this and our other projects, get in touch.

Learn all about the digiTHIN LED 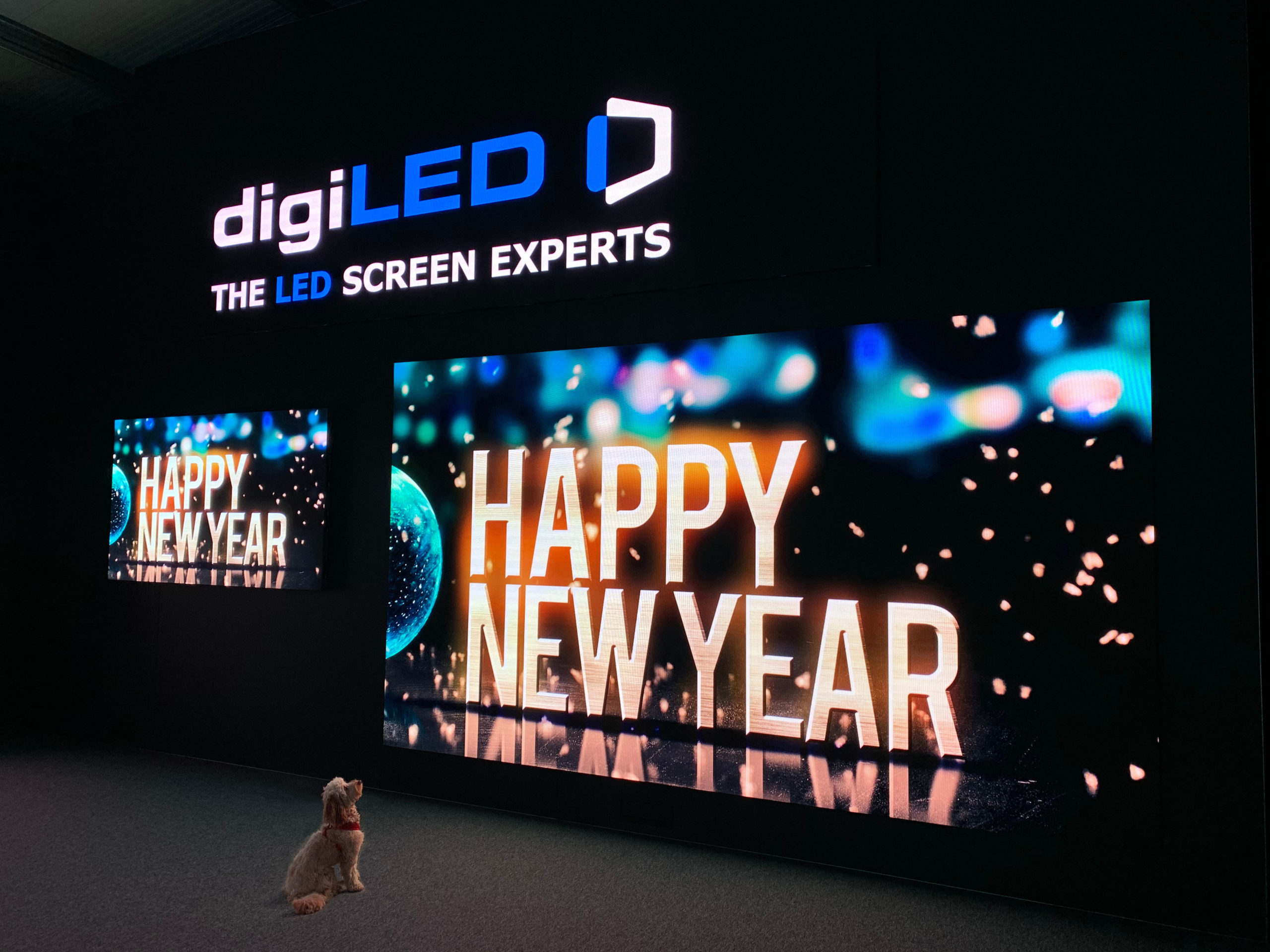 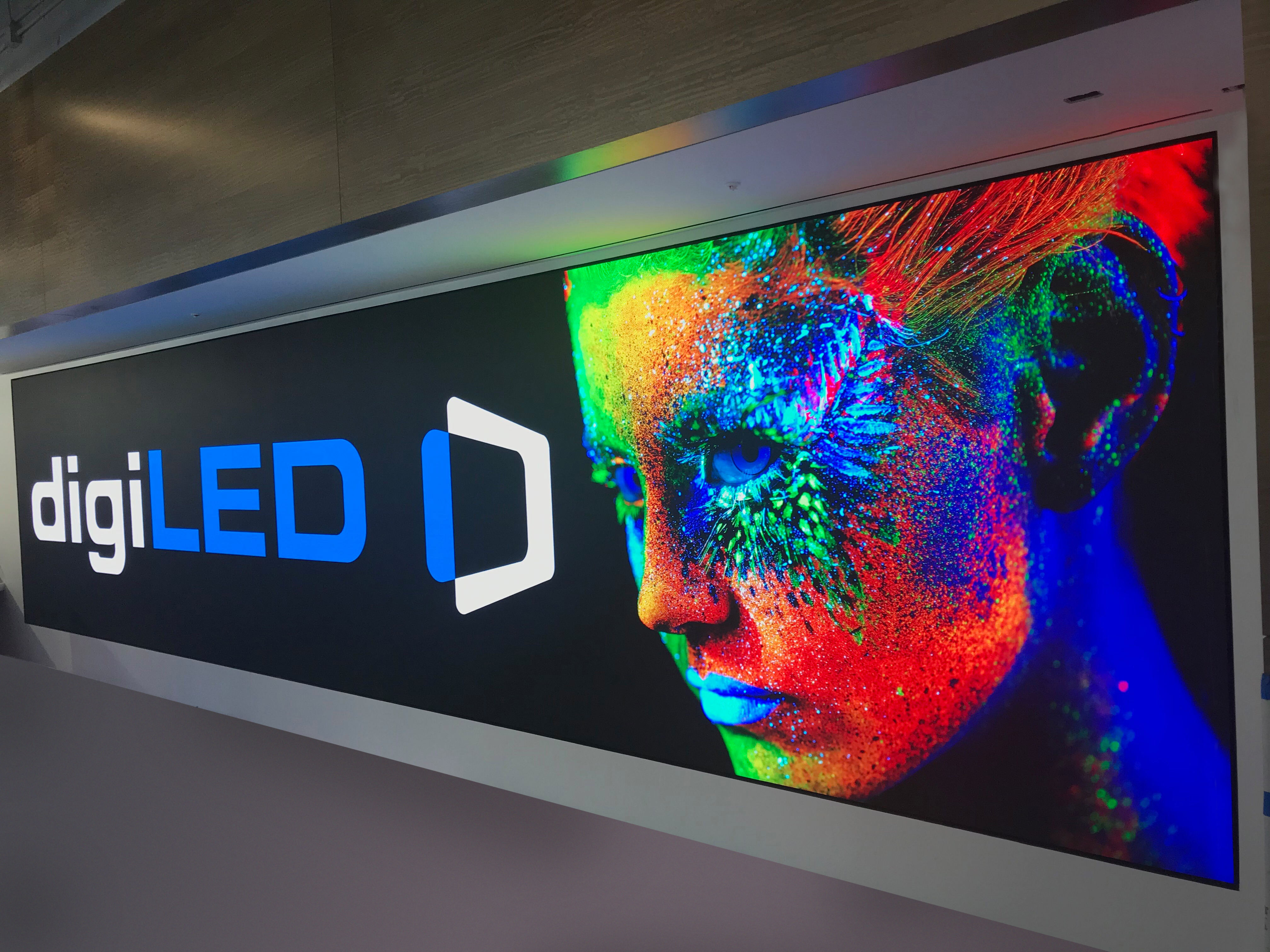 The larger of the two screens is located in a coffee bar on the main floor lobby of the building, with views straight out onto the two major downtown Oakland streets. digiLED’s digiTHIN HD has been the perfect choice, with the unobtrusive panels easily attaching to the wall, and fantastic image quality easily visible from the pavement outside, so they can interact with the local community on current affairs, company news and local information. 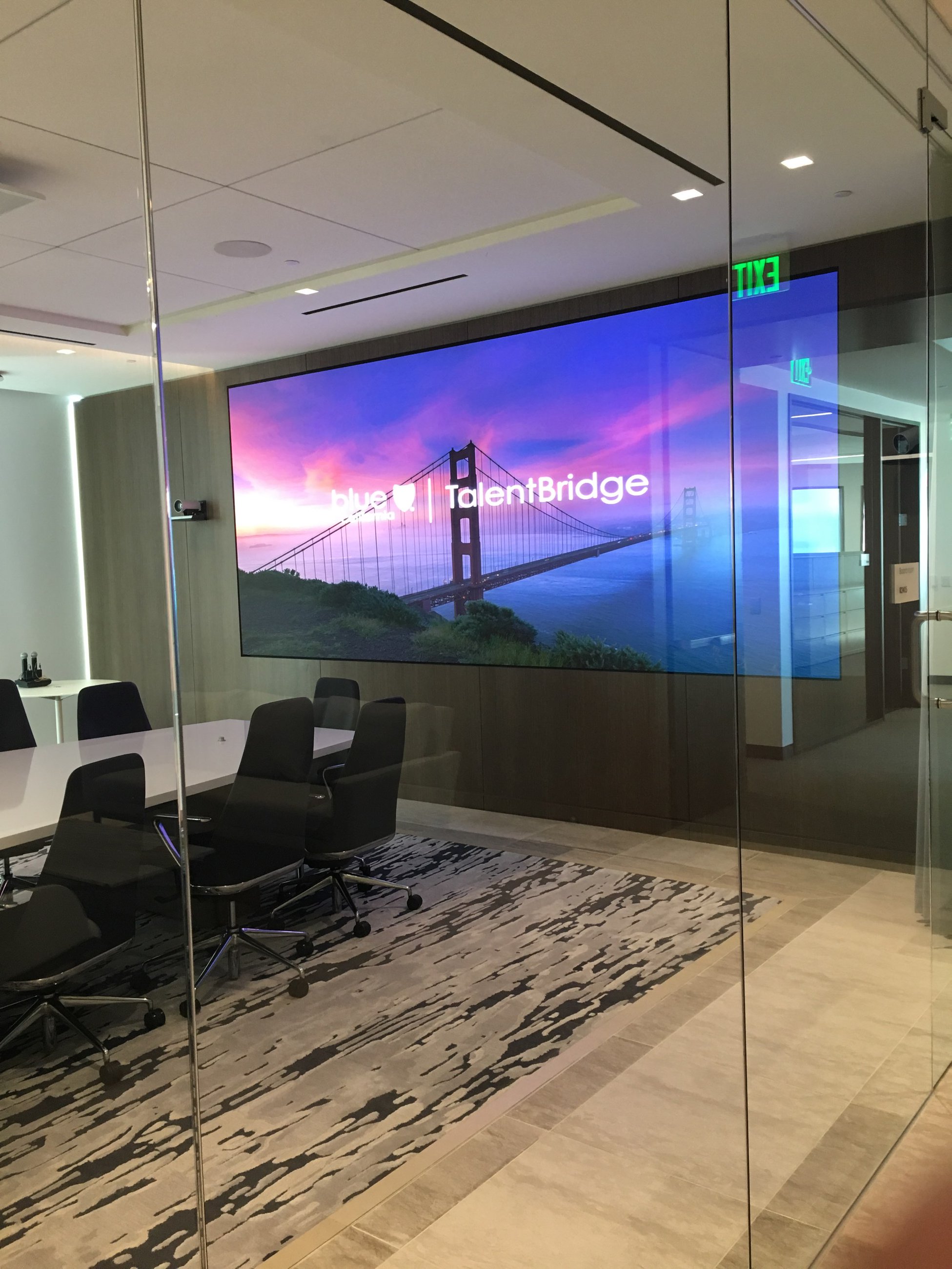 The CEO’s executive board room is also benefitting from a new state of the art digiTHIN LED screen, which will  be ideal for displaying pin sharp presentations.

“The end result of this project is truly stunning, I am so proud to have been a part of it. Once the project was completed, the building looked completely revitalised and modern. The client was very pleased with the outcome.”

Find out more about our digiTHIN LED here 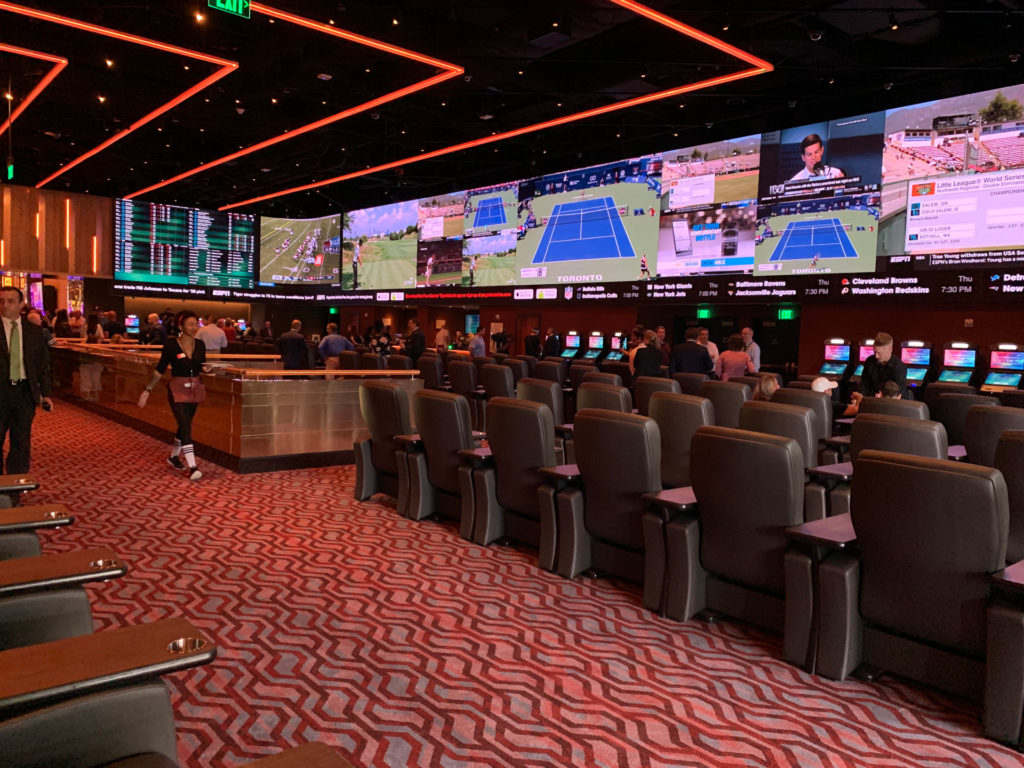 Over the Summer, Parx Casino in Bensalam, Philadelphia opened its $10 million sportsbook, home of another digiLED digiTHIN LED screen.

The phenomenal 165 sqm digiTHIN Q LED display, wrapped around the walls of the room, offers a sharp pixel pitch of 2.6mm to light up the sporting venue. Thanks to the unique ability of the digiTHIN Q to create seamless faceted curves, it was the ideal for this project – both the left and right edges of the display curve around the contours of the room perfectly.

The brand new Sportsbook houses a full bar, 40 seats and 150 recliners for visitors to watch the action as it unfolds 24 hours a day on the multiple viewing options, either on nine ‘beyond HD’ LED walls, or  across 36 displays all at once.

“After a brief morning training course, the union technicians were able to use digiLED’s cleverly designed ‘push me pull you’ system to set up the precise column to column gap required to make the perfect faceted curves.

The industry renowned ability of digiLED’s digiTHIN LED screens to create stunning, flat displays was therefore beautifully blended into the curving returns of the screen. All without the need for different products on the flats and the curves.”

Find out more about digiTHIN LED

Grant du Plessis, digiLED Technical Manager here at our head office, celebrated completing his first year with us by cooking up an amazing traditional South African Braai and bringing the family in to visit too. 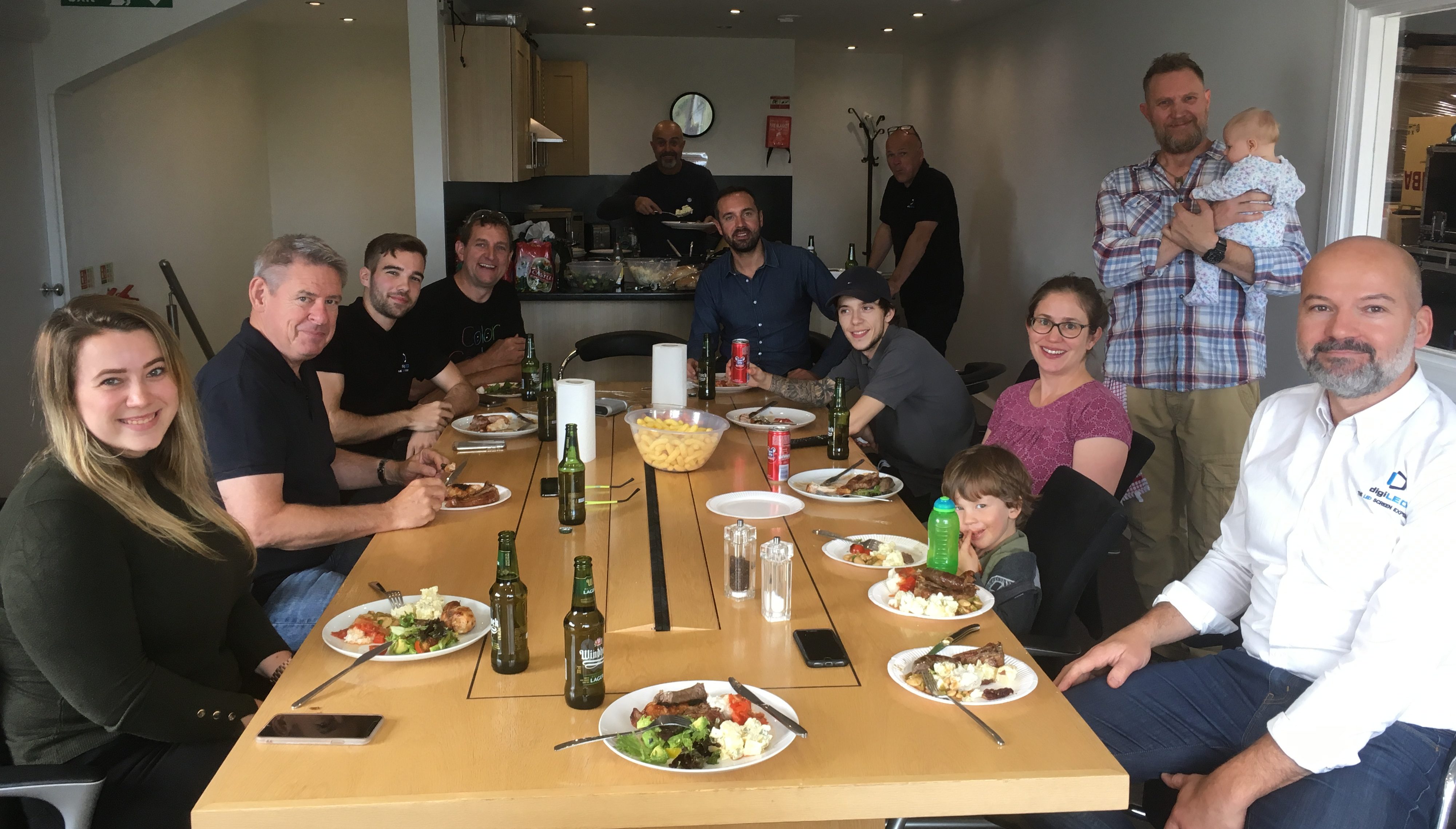 And his son Sebastian really loved our showroom! 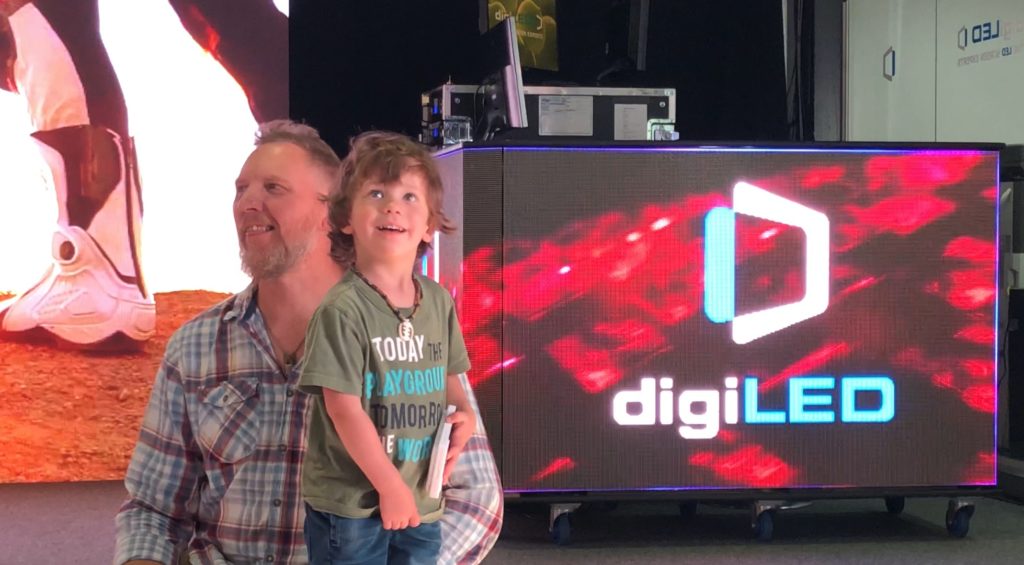 Thanks Grant! We hope you’ll do the same again next year 😉

Illumina building is lit up by digiTILE LED screen

Diversified, the largest integration company in the world, has installed a digiTILE Q2600R into Illumina in Granta Park, Cambridge. The  building is described as an ‘architecturally designed winter garden’, as it is made almost entirely of glass. The constantly varying lighting conditions throughout each day meant there was only one solution, the digiTILE Q2600R – an ideal choice as it can run at around 1,100 nits.

The screen is being used for internal advertising and webinars, broadcast in front of the company, so the high refresh rates of the digiTILE Q2600R ensure a super smooth and visually superior experience.

“Illumina had been searching for the perfect screen for a while when we suggested our digiTILE Q2600R. They were after modern HD display technology to put into their brand-new winter garden and we were able to supply just that.”

digiLED goes back to its footballing grass roots 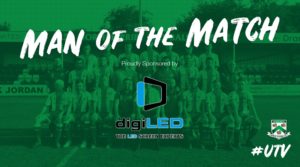 We are delighted to be supporting North Ferriby FC by sponsoring their Man Of The Match (MOTM) programme this season. North Ferriby FC is the phoenix club that has restored football to Ferriby following the high profile demise of North Ferriby United.

Graham Burgess, digiLED CEO, has a long history with football in his home town, playing for South Hunsley, captaining the East Riding schoolboys and playing for local teams, including Malet Lambert OB and South Cave United, before starting Ferriby KGV in 1981.

KGV was sponsored by Peter Burgess, Graham’s father’s company (and was way ahead of its time, as there was no sponsorship in Pro clubs back then). Eventually it became Ferriby Sporting Club, and was one of the top sides in the Hull Sunday League. The club ran until around 2010-12, even though Graham had moved away from the area some years before.

Graham now lives in London, but he still manages to get to Ferriby games when he can and was, of course at Wembley for both the FA Vase and FA Trophy finals.

His passion for football is evident with digiLED’s involvement in supplying high profile sporting venues over the years, such as at the grounds of Hull City, Arsenal, Hampden Park, Headingley and Twickenham as well as further afield in Europe and the States.

“Along with the local community, and the wider football world, I am delighted that digiLED are involved with North Ferriby FC as they take their place back in the football leagues. Born and bred in the village, I grew up watching Ferriby at this level, let’s hope we can see the Club build on an impressive rebirth. Good luck to Les, the management, players, fans and everyone associated with North Ferriby FC”.

FLY LDN brings the outdoors in with digiTHIN

E-Stream Communications has integrated a full HD LED screen into FLY LDN, a yoga studio based in London.

The dark studio space has been lit up by their huge digiTHIN HD2600 screen, and with its vivid, brilliant images and outstanding contrasts it gives a very real and immersive feeling to the serene landscapes that are being showcased. It provides an ultra-calm environment and has been described as a platform that engages and motivates.

The digiTHIN HD2600 was an ideal choice for this project because it offers wide-angled viewing, perfect for a yoga studio attempting to provide a completely immersive experience.

“When a screen is going to be used all day every day, it must be completely reliable. Our digiTHIN HD2600 is exactly that, it’s perfection.

I really enjoyed working on this project, and the end result was incredible. This is a piece of LED technology that provides a visually superior experience to anyone lucky enough to witness it.”

“The amazing image quality of the digiTHIN puts it centre stage at FLY LDN, the City’s first immersive yoga and fitness studio”

InfoComm day 2 we are ready for you!

Day one was one of our best show days ever in terms of the number of visitors coming to see our digiLED digiTHIN in action. If you are in Florida then come and visit us, grab a coffee and have a chat with one of the digiTEAM.

The growing digiLED team in our China office head to some incredible locations including Guilin city, Yangshuo (Lijiang and West Street) and the Dragon ridge terrace scenic spot

We hope that you can make it to our booth, C959, to see some fantastic displays from digiLED, FX Design Group & Digital Video Group.

Taking center stage for digiLED will be the recently-released digiTHIN HD in a variety of pixel pitches.. Its ultra-slim chassis, measuring just 2.126in / 54mm in depth, makes digiTHIN HD the ideal LED screen solution for indoor applications with space constraints. It can be mounted directly onto a wall for simple fixed installations with quick and easy front access maintenance.

Come on by and we’ll tell you all about it.