When changing LED tiles in screens that are located in urban areas, it’s easy to see how polluted the environment we live in can be. Dirt, dust and construction ash all tend to accumulate on the LED screen faces and you may wonder why this doesn’t have more of a detrimental effect on the viewing characteristics. One of the main reasons this grime isn’t a problem is due to the nature of the shaders, also known as louvers, on the front of the LED screen.

The shaders stick out horizontally from the face of the screen and are designed to block the sunlight and place the LED pixel into a darker area of plastic, hence improving in the video picture. A side-effect of this is that it is generally the upper face of the shader that catches the dirt and grime from the urban fallout. Viewers on the other hand tend to sit below the LED screens and look up at the display. From this angle the viewer will see the underside of the shader (generally much cleaner than the top side).

Having a universal layer of grime is can be useful, but you only notice that the tile is particularly dirty when its placed beside a clean fresh tile and in some installations it’s even been known to the spares kit to be stored outside so the spare tiles weather at the same rate as the tiles in the screen.

So in summary while a bit of dirt can be a good thing, it’s also worthwhile having a regular maintenance programme in place to make sure that your screen is kept in pristine condition.

When it comes to LED screen pixel quality, buy once and buy right – Tom Mudd

On 2 January 2014 the 12-year-old Lighthouse Screen at Thompson Reuters, Canary Wharf was ripped out and upgraded with a digiLED ITe10 screen. The new digiLED screen offered a considerable upgrade to the old Lighthouse one, with the latest outdoor rating on the Nichia LEDs, and true 6500 nit daylight viewable brightness. Even so, it was an uphill struggle to persuade the client that it was worth spending the extra money on a better quality Nichia SMD LED chip.

Since that time, more than 750 days have passed. That equates to > 18,000 hours of operation time of the new screen.Why is this relevant? Because last week we had to do the first ever tile swap on the screen.

Undertaking a tile swap requires a brand-new LED tile to be removed from the spares kit and placed into the screen. Of course the brand-new tile has a runtime of less than 24 hours (from factory testing) compared that to the neighbouring tiles on the screen with a runtime of 18,000 hours.

Numerically, the difference in runtime / work life of the two tiles is massive! We warned the client at the time about the potentially visible difference, however when the new LED tile was installed the difference was minimal. Combine that with the on-board calibration memory feature of the digiLED ITe10, and all that was needed was a reboot of the scan card and bingo! The calibration data of the new tile was loaded side-by-side with a calibration of the original tiles.

The end result? The new LED tile disappeared – it became unrecognisable from its neighbours on the screen 🙂

Joy! This is what happens when you purchase quality LEDs at the start of your project. As is often the case, we had a long, protracted discussion when planning the screen with the owner about why you should choose Nichia LEDs and not some cheaper Chinese brand.

I was at the first ISE show in Geneva back in 2004 where the whole show nestled into a corner of the Palexpo, EU visitors needed to leave the Eurozone and organise a carnet for their LED display equipment to exhibit. Actually I bet a lot of people probably don’t remember that, prior to the Single Market, we used to have to arrange a carnet for equipment to even leave the UK.
Amsterdam last week was a world apart from Geneva 13 years ago, not only because of ISE’s, relatively, enormous size and influence by comparison to that first show but because of the quality of LED we saw last week from all manufacturers. Back in 2004 LED screens were in their infancy and frankly anything coming out of China at that time was…….well, let’s say not very good.
Fast forward to 2016 and, last week, we were hard pushed to find a really bad screen, there were one or two but most manufacturers now, using the right materials, can build a decent screen.
At a fraction of the 2004 price too! 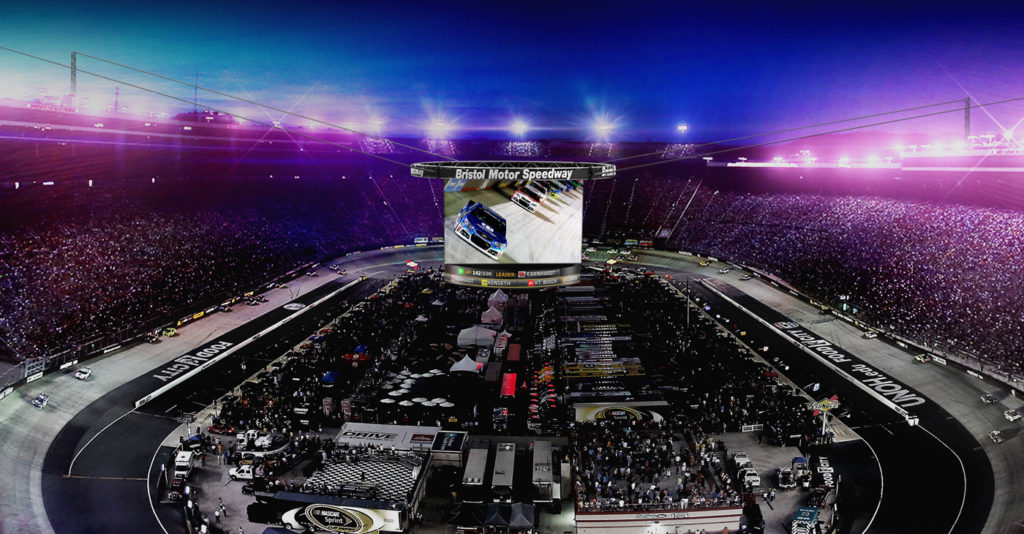 Bristol Motor Speedway in Tennessee provides a perfect example of digiLED products and services coming together. Based on the highly successful digiLED Toura6, leading AV rental and integrator GoVision, in conjunction with Panasonic, have just signed-off the world’s largest centre hung LED display with our colleagues in China. Each of the main four screen surfaces measures 19.2m x 9m with a massive total display resolution of 11,520 x 1,350 (15,552,000) pixels to provide NASCAR fans with the ultimate viewing experience. 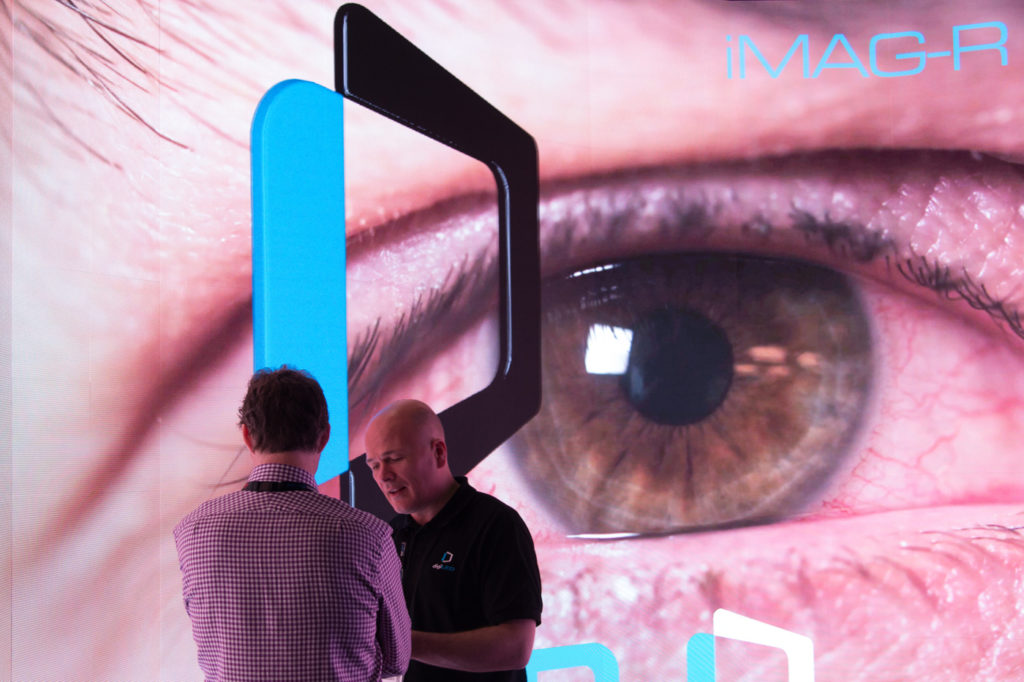 It was an excellent show, a great opportunity to meet with customers, old and new, and now over four days this gave us more time to spend with clients and to discuss what we can offer. The digiLED team has the most experience in the world of big screens. We have a passion for getting it right.

If you’re a reseller we can tailor our support services to make your selling easier. From pre-sales support, LEDucation courses, design engineering, production management to final installation, you’ll be supported by the ultimate team of LED experts.

For more information about what we can offer, get in touch, we’d love to hear from you.

The first digiLED LEDucation course has been run at the Pixel Depot. The purpose of the day was to offer those who sell or are looking to sell LED screens to end users an education into LED screen technology. It was a huge success, with fantastic feedback from all who attended.

‘It’s a really good course, and a great venue, in particular for seeing so many different screens types and pixel pitches all in one place’.

To find out more about the course or to visit The Pixel Depot, get in touch at sales@digiLED.com

Please note LEDucation courses are only held in in the UK.

The latest digiFLEX LED screen shows off at Vienna exhibition 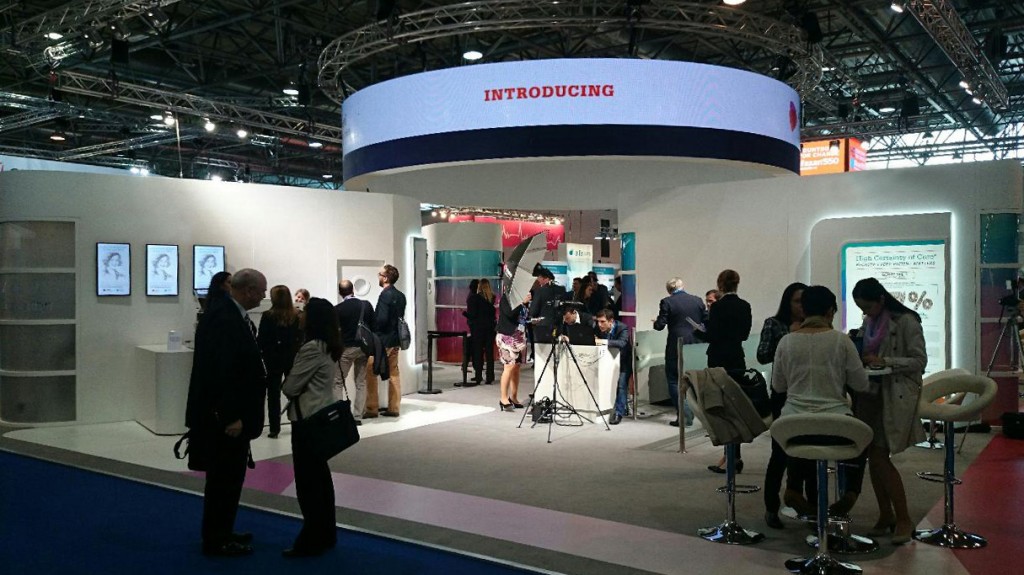 ‘I just wanted to thank all of you for your support all the way through our initial project and it helping us get the kit ordered and into the country on time. My client and their client were over the moon. We had other people from the congress approach us to quote for other work as well. I can honestly say that in my 20 years in the industry I have never had such support from every team member in a company. You all have the same ethos and it shines through in every email and bit of on-site work you do. Guy thank you for giving me the initial trust and support to purchase! Paul thanks for getting the kit to us and all the other support! Adrian thanks for the support on the drawings and technical! Tom a massive thanks for helping us deliver our first project! Dev thanks for great support during our first event! I think you can tell I am happy, I can’t wait to do more creative things with the kit, tell other people about digiLED and earn enough money to buy more digiLED kit. Looking forward to our future collaborations!’          Wil White, Response Multimedia

A new LED Screen goes out on the road